Jose Luis Llavina, or JL Llavina, was born in Buenos Aires, Argentina 60 years ago. At the time, Argentina was going through major social as well as political changes. More specifically, public education was not the best option for them, so Jose Luis’ parents decided to send him to a Catholic school. At the young age of 14, he met two young missionaries from the Church of Jesus Christ of Latter-Day Saints. He learned more about what they were and fell in love with what they had to offer. Soon after, he became a member of the Church and practiced his religion with pride.

Due to the civil unrest in the Argentinian government, JL Llavina worked tirelessly to save money and secure a better future. He had his destination set to the United States of America. Eventually, he was able to save up enough money to purchase a planet ticket and arrived at the land of hopes and dreams. However, upon arrival, he only had $200 in his pocket. He knew very little English and had virtually no connections in the country.

His early career options were very particular. He worked with IBM, Northrop, and the CIA. These career options actually took him outside the US. While the opportunities were great, all he wanted to do was settle down in the US. With a keen entrepreneurial mind and a desire to start his own business venture, he learned about cars and the buying and re-selling of them to body shops. The business idea eventually took off and it now has locations in Salt Lake City as well as Orem Utah.

As of now, Jose Luis Llavina is the Operations Manager for American Loans and Mortgages. The company handles residential loans as well as Private Funding for the Commercial Loans. He became a family man and has four children by now, making traveling difficult as it would require him to be away from his loved ones. However, Jose continues to explore new heights and wishes to use this website as a way to connect with professional individuals from all over the world.

“Be more patient with those around you. Have your team respect you and love you because you love and respect them.” 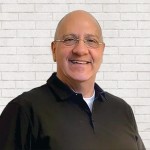 Jose Luis Llavina, or JL Llavina, is an Operations Manager for American Loans and Mortgages. The company has been operational for 25 years.